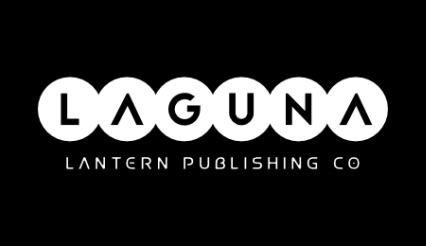 ​Are alien abductions real? Is there reliable evidence to support claims of extraterrestrial abductions or is this evidence part of an elaborate hoax?

The book The Tinker and The Fold contains several scenes where characters are abducted by gray aliens. While the authors don't take a position on alien abduction, a fair amount of research was conducted into the subject during the writing of the book. No definitive evidence exists in the public sphere to prove that humans have ever been or are currently being abducted by an alien intelligence, but significant speculation abounds and conspiracy theorists would have us believe otherwise.

This page is a collection of resources that explore the topic of alien abduction and alleged extraterrestrial ​contact that were used as resources in the writing of the book.

The information contained on this page is provided for entertainment purposes only, and in no way respresents the beliefs of the publishers or the authors.

Whether one believes in close encounters of any kind or not, the purpose of this page is to illustrate that research is required to write good science fiction. And remember, it's just that - Fiction.  Enjoy.

Alien Abduction as defined by Wikipedia is: Human beings that have subjectively real memories of being taken against their will by nonhuman entities and later subjected to complex physical and psychological test and procedures. Such alien abductions have often been classified as close encounters of the 4th kind. People claiming to have been abducted by aliens are usually called "abductees" or "experiencers".

Due to a lack of objective physical evidence, most scientists and pychologists dismiss the alien abductions as "deception, suggestibility (fantasy-proneness, hypnotizability, false memory syndrome), personality, sleep paralysis, psychopathology, psychodynamics and environmental factors". Skeptic Robert Sheaffer sees similarity between the aliens depicted in early science fiction films, in particular, Invaders From Mars, and some of those reported to have actually abducted people.

Typical alien abduction claims involve being subjected to a forced medical examination that emphasizes the subject's reproductive system and organs. Abductees sometimes claim to have been warned by the extraterrestrials of the dangers of environmental degradation and nuclear weapons. While many of these claimed encounters are described as terrifying, others have been viewed as transformative.

The first alleged alien abduction claim to be widely publicized was the Betty and Barney Hill abduction in 1961. Reports of the alien abductions are a world wide phenomenon.
​
Alien abductions have been the subject of conspiracy theories and science fiction storylines (most notably The X-Files) that have speculated on technology required if the phenomenon were actually real, the motivations for secrecy, and that alien implants could be a possible form of physical evidence.